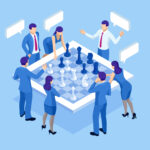 From strategy to customer value

For many small and medium-sized companies, it can be difficult to know how to handle the rapid development that is now taking place in digitalisation. Nova has experience, methods and tools to develop concrete strategies for the company's development, but also to be able to effectively plan and implement projects that lead to direct business benefits.

"Anders is a fantastic person to work with. Anders contributes with expert knowledge and acts with a great deal of integrity and is very easy to work with. ... Particularly distinctive is that Anders always completes the assignment with a very well achieved result. Anders has the ability to deliver the assignment documented in a qualitative and highly professional manner, which means that knowledge and conclusions have been easy to absorb " 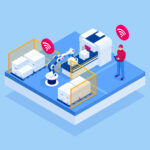 Sometimes issues and projects arise where resources and skills are not available within the organization. By having a mixture of competence in strategic business development with a deep technical competence in industry 4.0 and processing technology, Nova can offer very good support for complex issues in modern industry.

Examples of previous assignments we have completed: 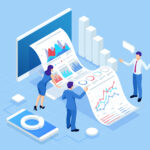 Anders Jönsson has a PhD in structural mechanics with focus on development of mechatronic systems. After graduating, he has moved across borders between universities, companies and public organizations. He did his Post-Doc at the Technical University of Zurich ETHZ where he worked with software support for processing machines in collaboration with industry. Later, together with several other European partners in the framework of several EU projects, he developed a framework and associated methods that form the basis for what is later called Industry 4.0. During his time as leader of the Swedish Waterjet Lab, he deepened his knowledge in processing with liquid jets and founded Nova in parallel as a result of a research project for polishing.

In addition to his academic degree, Anders has experience of industrial projects and the experience of founding and developing Nova. Anders continued to increase his competence and has trained in e.g. Corporate board work, Robot programming, CSS programming and recently completed training at the Stockholm School of Economics in "Project Management" & "Accelerating Digital Innovation" 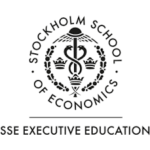